I do not write blog posts directly on wordpress.com. Usually, I type a potential blog post on my phone, save and then transfer it to my Laptop. I clean it up on MS Word, let it simmer for some days (which can creep into months,  joining many others that may never be seen) and then it becomes a published post.

But today, I decided to type directly. It is June, the month that splits the year in two. It’s not my favorite month —  I don’t have one. Most people choose their birth month as their favorite, they go about saying Queens, Legends, Real men and what not are born on their birth month. I guess that’s what makes them feel special, but I already accepted that I  Ain’t that special. You should too, we are all insignificant wonderful creatures in this thing called life.

Yesterday, as May crawled to an end, the phrase “begin again” kept echoing in my head. I wasn’t too surprise as for some weeks now, the muse of poetry visits me daily. Armed with pestles and broken bottles, chasing my darling short stories and essays out of the bedroom of my mind. Sometimes I yield and we make love. Contradictions is one of the fruits of our illicit romance. But I don’t enjoy writing poetry. I love words falling over each other in short stories, personal essays and entertaining but educative articles.

So even though I occasional write poems like this or A father’s plea or For Fathers Who are No more, I still end up lusting after a friend’s poems. He claims he is not a poet which is believable because he rarely writes, but whenever he does, magic happens. Mama, Catch-22 and The Afterlife are three of his poems that always leaves me breathless. 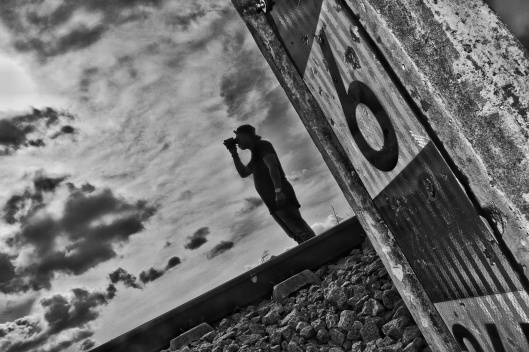 Since last weekend, the voices in my head kept singing We won’t fade into the dark  and forced me to let them out in lines and verses. I really didn’t understand why, but today I know better.

I have few questions for you and more even for myself. You don’t need to say your answer out loud, its okay to whisper it to yourself. It’s June already, the huge plans you had when January rolled in, have you achieved any? Have you checked as done the things on your bucket list? Or have you decided to binge on Netflix and accept that you’ve already lost? That the race ended without you hearing the starting gong.

Society preach that fear is bad, I disagree though. I believe we can harness fear, use it to make our lives better. We all fear something, even the bravest people do.

I fear becoming a dinosaur. You might think its stupid. A dinosaur? They’ve been extinct for millenniums. How can I become one? According to archaeologists, dinosaurs once roamed the earth. They were on top of the food chain and some ferocious species sent Neanderthals hiding in caves. They were big and powerful, but where are they now?

If your answer was extinct, you are right. If you said Jurassic park, hmm, let’s just say your case is different.

I hope you too would fear becoming a dinosaur. Big, powerful, but extinct. A former champion that has become irrelevant. I seek to constantly evolve into a better version of myself, I hope you too will choose to do the same, you do not want to loose your relevance, right?

Remember the questions I asked earlier? About June and the plans you had for the year? Keep reading, the poem below is for you.

Begin
again!
Every
end
is
a
new beginning

So you’ve been broken beyond repair,
your bones shattered to the marrow
fingers so heavy you can’t lift them,
your dreams crumbled and all seem lost.
Oh my darling don’t despair.
Rest, dust yourself,
You still have life so you haven’t lost.
This end is not really the end
for a closed door is an opening to another room.

Begin
Again!
Every
end
is
a
new beginning.

7 thoughts on “JUNE – Every end is a new beginning”